I am building a tool that enables users to recommend sequences of online courses to other users.

Off the back of the data generated from that, I would like to generate insights on what the most recommended sequences of courses are. Here's a slice of the model: 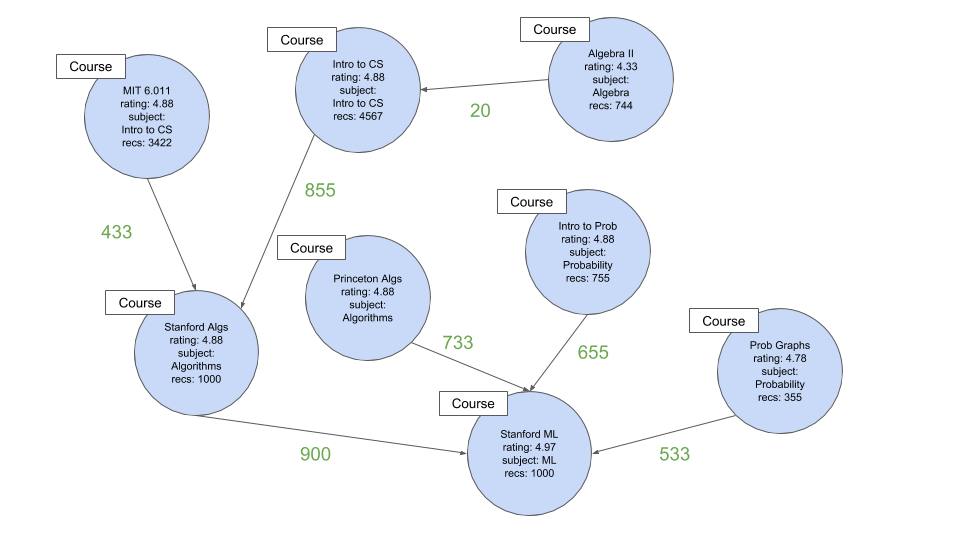 In this graph, the numbers in green are weights that show how many people have recommended one course after the other (ex: 655 people recommend taking Stanford's ML after Intro to Prob)

The recs field in nodes is the absolute number of recommendations that course has (ex: Stanford ML has been featured by 1000 users in sequences)

What I would like to do, is starting from an end goal, finding out the most recommended pre-requisites. 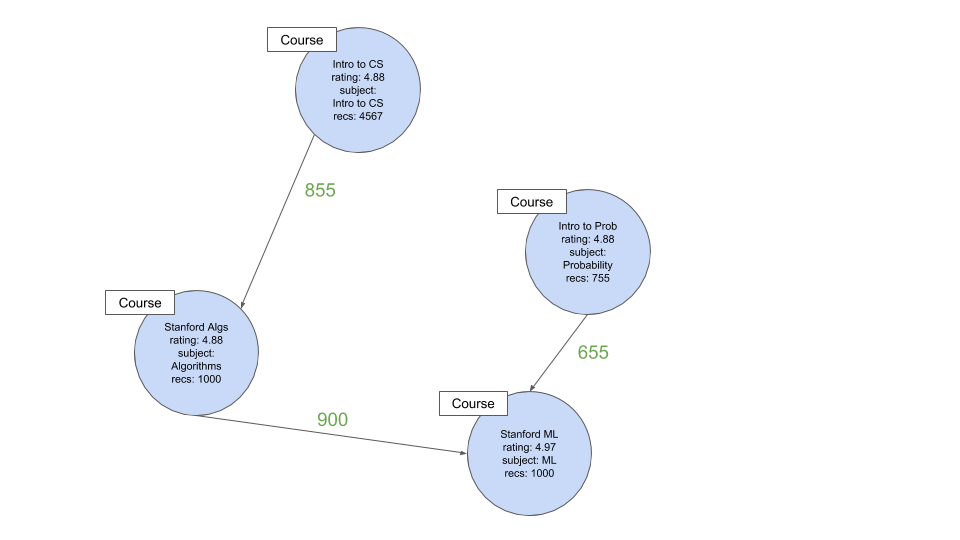 Is this something that can be managed with Cypher? How would I get started?