Hi
I am new to both Neo4j and the Neo4j .NET driver. I am serializing and deserializing specific “patterns” from .NET to Neo4j and back (which is why I am trying to keep it simple without any other libraries). An example is this:

My data in Neo4j looks like this (create statement attached in the end): 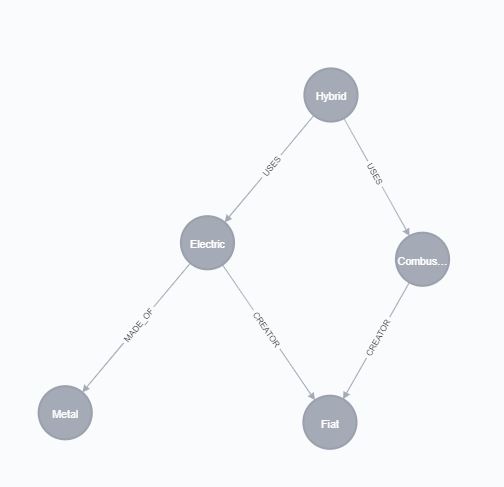 I am trying to re-create the Car based upon the above data. However, my query:

Returns an IList with 5 records that seems overly difficult to use to re-create the above Car object, which suggest I am on the wrong path. My current attempt is not working yet and growing in complexity and works by iterating through the List and looking at the type of relationship, the to node and ascertaining where it is in the pattern.

I can re-create the Car as this is the from Node, however the Engine, Maker and Material is causing me problems. It seems like I need a combination of Node and Relationship to re-create the correct object, however I don't see how.

Is there a better path? Either by using Cypher to return an object that is easier to deserialize (for example containing the hierarchy of the objects) or some way to return subgraphs so the results are easier to work with?

Thank you in advance!

What does your C# look like at the moment?

Thank you for your reply

I was afraid you were going to ask, as it is not pretty but here goes (and as I wrote it is not working yet):

I have split up my query in two parts to better control / understand it:

I try to build up my object from traversing the results of the query, where the correct way (or at least the one in control) seems to be able to specifically pinpoint "patterns", for example, this is an Engine with Maker and Material and connect that to the car as in the below pseudocode:

Am I not sure if the best way is to solve this using fewer Cypher statements and parse the results in C# or try to write multiple Cypher queries and then put the results together?

I got something working, by splitting up the query. As written above I use this query to get the root node Car:

Although this makes my application "chattier" I can get the individual Engines and their data by using the below query:

I can convert the result of the above query to Engine objects and then add them to the List of Engines in the car gotten in the first query. Not pretty or effective, but it works until I become more experienced :)

Are you expecting to get a single 'car' instance from it?

Yes the "Car" instance is unique. In the real application I am using a unique Guid for each instance of Car.

Sorry for the time delay - I got waylaid - ok, so you can do it in one query, and to make it a bit easier to read, I've used Neo4j.Driver.Extensions - which you can find in Nuget - and allows you to do a bit of ToObject type stuff.

Anyhews, the only difference to your classes was the addition of the [Neo4jProperty] attribute on the Name properties - as you use lowercase property names for some, and Uppercase for others. (As an aside - from a .NET perspective - it's easier to use Uppercase, as it matches the coding style).

Interesting, Neo4j.Driver.Extensions is oddly similar to my NODES 2019 submission SchematicNeo4j that's been available as a nuget package since mid 2019. 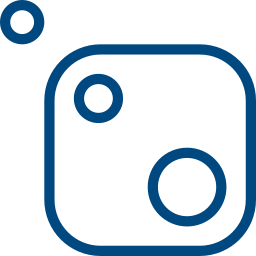 A code-first, domain driven, schema management tool for Neo4j and .NET. Helpful in quickly and consistently managing graph schema for your domain model.

@charlotte.skardon .NET support and mapping from graph to C# is one of the things I really enjoy (enough to spend my own free time on it). You all hiring for your .NET team?

Sorry for my late reply.

Thank you very much for your help! By following your example, I managed to reduce the complexity of my code and handle it all in a single query