I have read through the following post, but do not quite understand the response i get in the example ..

This section contains an overview of data patterns in Cypher.

also from the article above 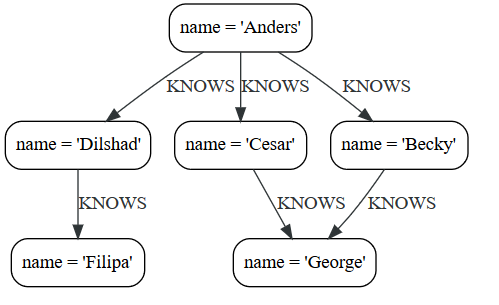 I get as result

any simple solution for that?
Thanks rob

The query you might be wanting is "who knows who directly).

Then I think it would be something like except it wouldn't include people directly associated with Anders. (I can't quite figure out a neat short query for that....)