Explore the data behind the Women’s World Cup with our World Cup Graph. 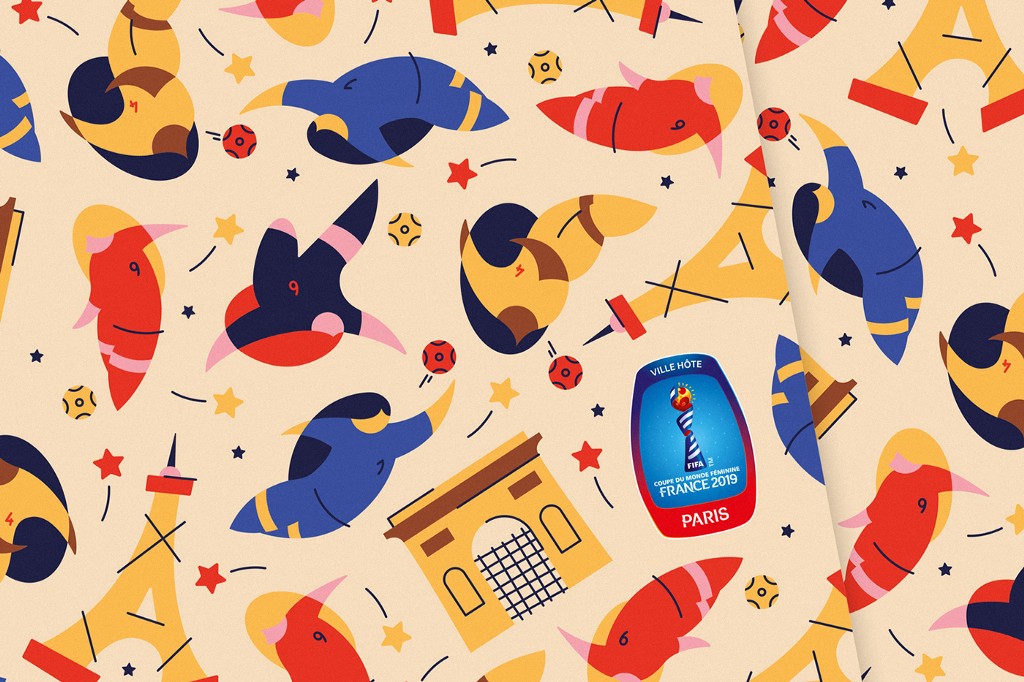 We have a hosted version of a World Cup Graph on a Neo4j Cloud instance at 5d37db5a.databases.neo4j.io. You can login with the username worldcup and password worldcup. Once you’ve logged in run :play womens-worldcup-queries

We’ve made some tweaks to the graph model that we used for Men’s World Cup 2018, so let’s have a look at our new and improved model.

Squads are NAMED by Teams FOR each of these tournaments, and a Person can either be in the squad or the coach for that squad.

After exploring the data, I realised that people can only ever play for one team, so we have a REPRESENTS relationships between the Person and Team nodes.

The relationship between Person and Matches has been simplified from the previous model. We’ve removed the concept of Appearance, and now have direct relationships from Player to Match. The PLAYED_IN relationship is used both for players who start a match, and those who come on as a substitute.

And finally, Teams play in Matches. We capture the result of the match on the PLAYED_IN relationships.

Show me the data!

We have a Neo4j browser guide that you can use to import the data into your own, local Neo4j instance if you want to play along.

We’ve also got a hosted version of a World Cup Graph on a Neo4j Cloud instance at 5d37db5a.databases.neo4j.io. You can login with the username worldcup and password worldcup.

If you use that one you don’t need to bother with the data import and can start straight with the queries by running the following guide:

Let’s have a look at some of the queries that we can run against this dataset.

Which teams have played in every World Cup? 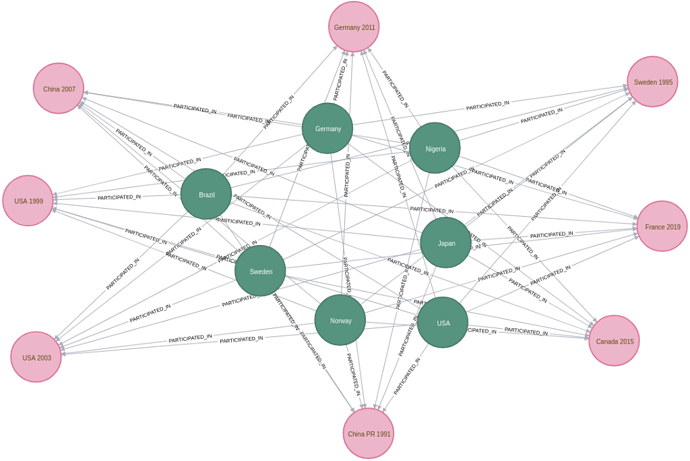 Who won the previous World Cups?

Who are the top scorers across all the World Cups?

Who’s the top scorer playing in the 2019 World Cup?

We hope you enjoy the dataset and if you have any questions or suggestions on what we should do next let us know in the comments or send us an email to devrel@neo4j.com.

We encourage you to take the data and either build your own APIs or applications or analysis notebooks on top of it. We’d love to hear all about your ideas

Now Available: Women’s World Cup 2019 Graph was originally published in neo4j on Medium, where people are continuing the conversation by highlighting and responding to this story.