I am trying to ingest large data (around a billion nodes and relations) using the neo4j import tool but the ingestion gradually slows down with time. It quickly ingests the first 100 million nodes after which it becomes increasingly slow. I've found people mentioning that they have ingested around 2-3 billion nodes in around 2 hours so can someone point out what I am doing wrong. I have taken care of deduplication as well. Following is the import setup: 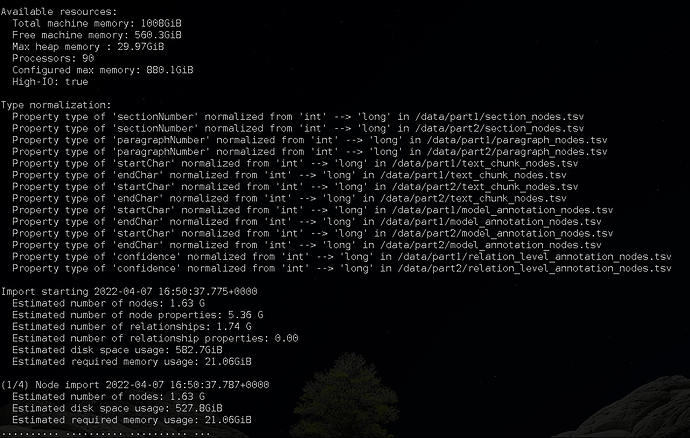 Problem: I was running the neo4j import tool on the NFS file system which was causing the data ingestion to slow down. As per neo4j documentation (https://neo4j.com/docs/operations-manual/current/performance/linux-file-system-tuning/) EXT4 and XFS file systems are recommended. Once I shifted over to the XFS file system, I was able to ingest this in 1 hour.