we're happy to announce that Neo4j release 3.5.0 is available as of today.
This release has seen most work in internal areas, there are some cool features that should make your lives easier.

All Native Indexes We finished the migration for indexes for all datatypes to our native indexes, which allow you to write much faster (up to 5x) if a lucene backed index was involved. So your write speed should be consistently higher for all cases. (Esp if you use the eventual consistent Fulltext-Index for larger texts).

Fulltext index: it's a reimplemenation of integrating Lucene with Neo4j which allows to index several properties of nodes and relationships and can either be transactional consistent or even better eventual consistent (which is good enough for full-text search in most cases) which is much faster in the commit path.

The fulltext index is useable via built-in procedures for definition and querying. It supports the full lucene syntax, including fuzzy matches, partial matches and also allows for custom analyzers. This index also has no size limit for texts anymore.

Index backed order by, if you have Cypher statements that read things from an index and return the nodes in order for that value, we can use the sort order from the index.
Also values read from the index don't have to be read from the property store which saves another read operation.

Off-heap transaction state, if you have several larger transactions ongoing at the same time, in the past that could have exceeded your available heap memory. Now the state for those transactions can be put off-heap in memory managed by ourselves.

Compiled expressions. In Neo4j Enterprise the Cypher runtime can compile expressions to bytecode which makes those much faster. Depends case-by-case if that helps you.

The driver team developed and released the new Go Driver, which you can read all about here. They based it on the new C-Connector (Seabolt) which also will allow us adding other languages on top. And there are new 1.7.x releases of all drivers available.

In clustering and drivers there were some security enhancements.

Read all about it here, there you also find links to release-notes and change-log: 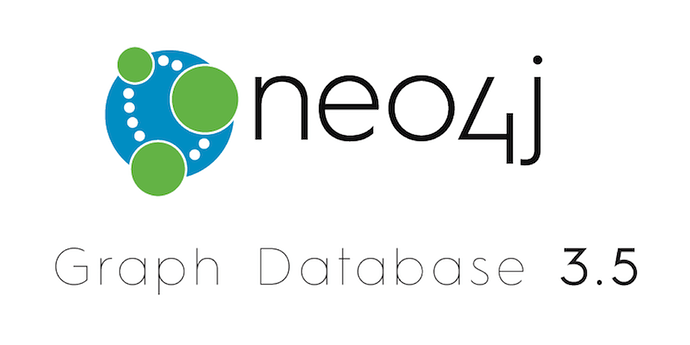 Discover what's new in the 3.5 release of the Neo4j graph database, including a Go language driver, full-text search and indexing, TLS encryption and more.

Grab it via Neo4j Desktop, Docker, or your package installer.

We also made sure all your favorite plugins. (APOC, Graph-Algos, GraphQL) are updated, so that you can use them with 3.5.0 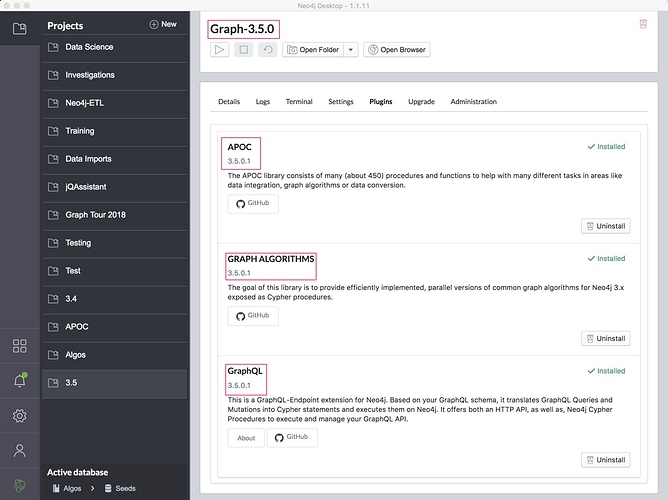 Happy upgrading.
If you like the new stuff, make sure to tweet your satisfaction to the world.
If you don't or run into issues, please raise them on GitHub.