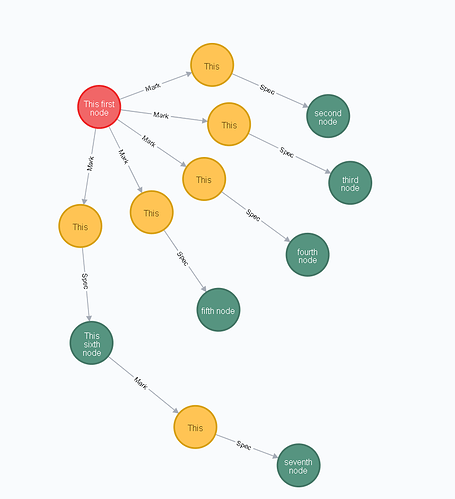 wrong1858×941 47.9 KB
the red node has five yellow nodes with relationtype:'Mark'. All five yellow nodes have the same value.
i want to merge these, without merging last yellow node with same value. They should only merge those connected to the specific red node, known by its id or the path (red)-->(yellow) 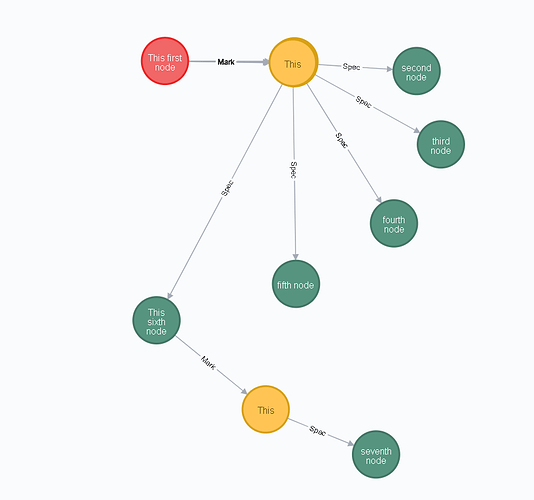 What Cyper-query should I use?

I believe this APOC procedure you're looking for 15.3. Merge Nodes - Chapter 15. Graph Refactoring.

I have been applying APOC Merge with this Query: 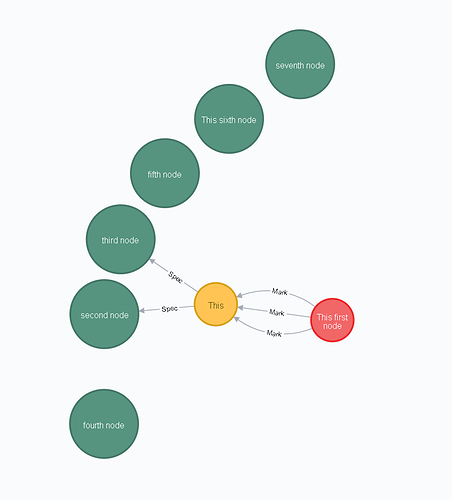 As you can see it removes the relations called Spec as part of the merge. What happens here?

I'm not totally sure but it looks like it's not capturing those nodes in the pattern you're trying to merge. You're also passing merge relationships as false which may be excluding them from being passed correctly to your yellow node. 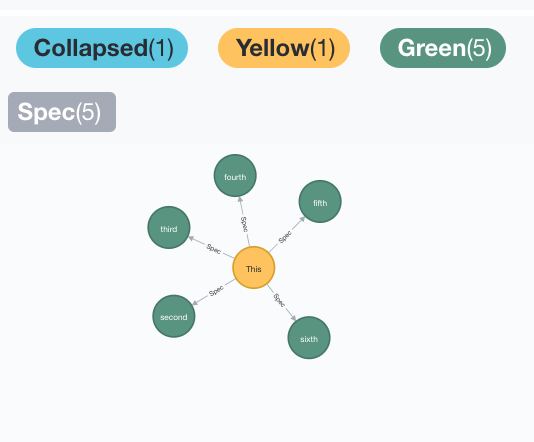 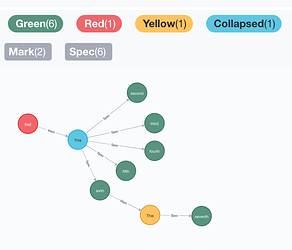 Instead of deleting yellow nodes, you can keep them and show the collapsed or the expanded version.