Hi, yesterday I ran into a problem while creating an account in the application I'm currently developing. The console log says: 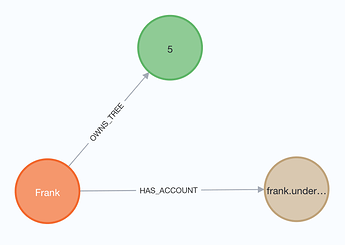 I know that this is because in Person there is a OWNS_TREE relationship, that is also in Tree, which would make it a cyclic dependency, but what does it mean exactly?
The second question is how should I process to having the relationship between mentioned classes that way and working on them without getting that kind of an exception?

The problem is rooted in the dependency chain (cycle) Tree -> Person -> Tree, as you have already discovered.
Spring Data Neo4j has a dead-lock detection during mapping to avoid stack overflow / infinite recursion if it comes to cyclic mapping dependencies. This is why you see the exception.

What happens in detail?

To avoid this, you can either remove the constructor dependency or the bi-directional relationship definition.