How to Read Cypher-shell Query Results

Hello, I have a question about query results time on cypher-shell. I'm still new on Neo4j and little bit confused on how to read the result time. 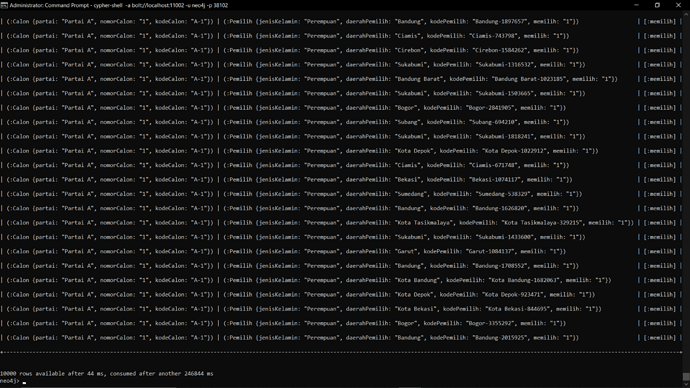 The phrasing is confusing. If it helps, imagine a newline after the number of rows, to separate from the available after and consumed after timings:

44ms until the first result became available and started returning, 246844 before all result rows returned

So it takes 246844 ms to query/generate the whole data then?

Yep. Not sure what you're doing in that query, but make sure at least that you run an EXPLAIN on it to verify that expected indexes are being used. You don't want to see AllNodesScans, or NodeByLabelsScans (at least not a label scan when you expect an index to be used instead).

Okay then. Thank you for the help!

Ooh I also want to ask another question sir. 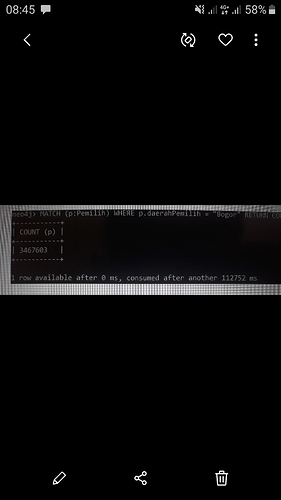 In the previous post you said that "consumed after antoher X ms" means that it take X ms to query the whole data.

This the what confusing me again. It still not make sense to me on picture two to have it 0 ms to query the whole data.

Can you help understands it?