How to Optimize a Query with Huge Where Clause

I have a question regarding the optimization of the following query.

The problem is with the following line:

I want to filter with a list of users. But when i put a lot of userIds in the IN clause it is extremely slow.
In my case i need to use a filter of about 10000 users but it takes like 15-20 seconds.
I would really appreciate any suggestion that would help me optimize this query.

I am fairly new to Neo4J and can't claim I know the internals, but what you are doing here is a lot of string comparisons which is not very efficient. If you can hash the user ids in advance (i.e. the list of ids in the WHERE ... IN... construction does not change every time) then it would be a constant time lookup for each uid.

Are you created a single-property or composite index?

It is a single property index

Although creating a composite index would help a little, it will not solve the bigger problem, which is filtering by 10k users. Do you have any suggestions about that?

Thanks for suggesting that, Ukirik! If i understood properly, your solution would work if the list does not change. The list of usersId changes, it is not the same every time. Correct me if I am wrong.

Hi @stanimir.venkov,
Can you try this?

I changed some things by removing the filter for isMvp and getting all childs that are sponsored - 2000000 levels downstairs so i would receive more result to see exactly is it faster or not. 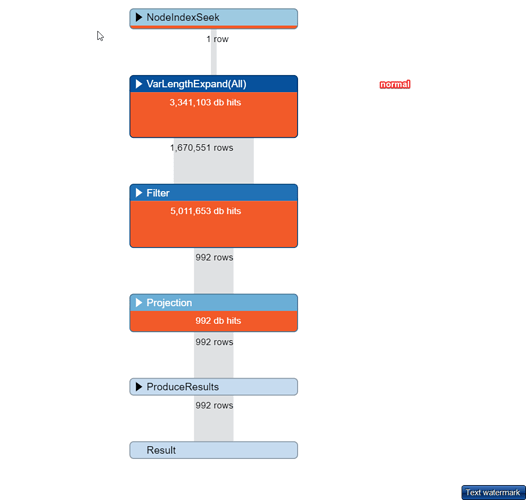 Now the same query, but with your suggestion: 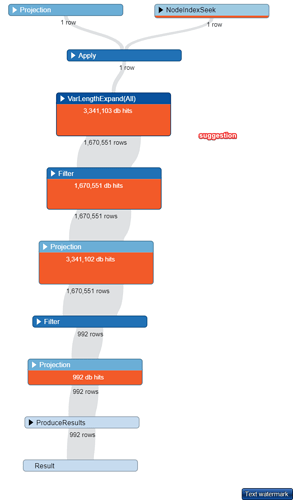 I don't see any improvement with the speed of the query, i`d say is pretty much the same if not even a little slower, but thanks for suggestion. Do you have any other idea?

How many RAM are you using for your database?
Do you have a good processor?

Myabe you can try to increase the RAM if possible