Graph modeling of a career trajectory

As mentioned above I would like to be able to use the database model to identify possible career and education trajectories while taking into consideration both the specifics of the degrees earned and the job experience, and the order in which they all occurred. (This of course is made a little complicated by the M.Sc. degree being earned after starting one position but before finishing another position.) Also of interest are the schools attended and the hospitals worked at, as some schools are better than others and some work locations are better than others.

FirstAttempt430×895 33.5 KB
asonable Is the attached diagram below a restart to creating a graph database of this type of data. The node types are schools, departments, people, Institutions and I think the edges are fairly obvious.

If yes, would I be able to take a similar but smaller graph for a new employee and then look for all graphs that started in a similar way? 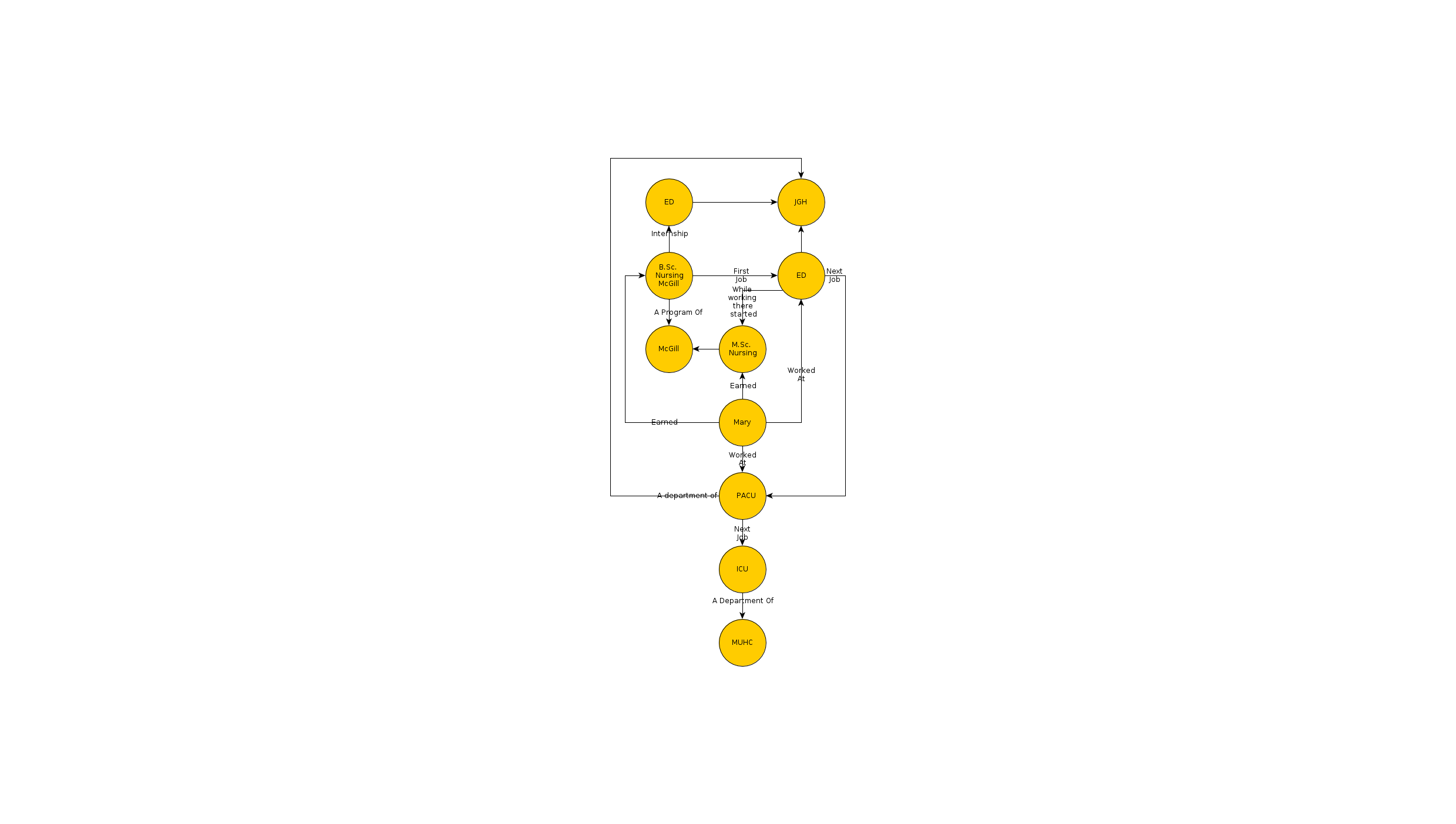 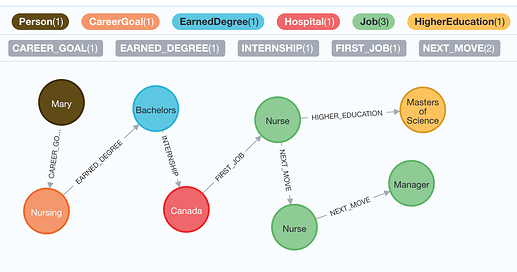 Thanks for responding to my question!

If you are suggesting that the data be structured as a sequence of nodes in date order, that would work very well for the type of question I asked, but would it work well for finding all the individuals that are currently in a particular type or class of positions?

I used Arrows.app to try out (partially) the second approach. It looks different than what you suggested but I would appreciate your feedback on it. FYI, I left out one of the positions as well as the internship, but I think they could readily be included using the same approach. 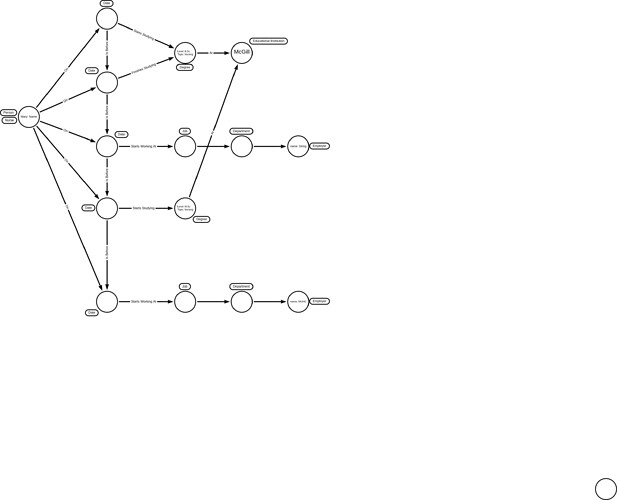 Your approach is also good and is date centric. I just tested with small data. This is how it looks. 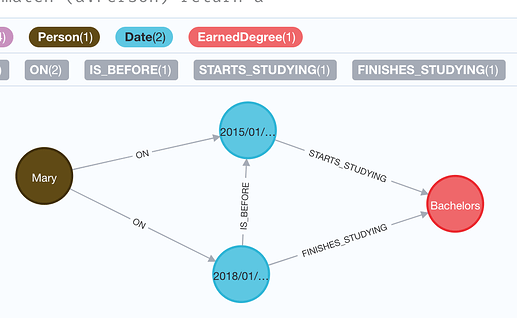