I have pulled in data from separate data sources. I am of course de-silo-ing the data by making connections across them. However I found a problem. I ran a DISTINCT on the names and got 2 seemingly identical results. Well, okay, to the eye they are identical:

Here is an article on the exact problem: UTF-8 encoded space (194 160) problem - Programmer All

Note: I try to copy and paste the spaces from the Neo4j desktop back into a replace function but I think the encoding gets homogenized when rendered to my screen.

One more thing: I have loaded all the data from the two datasets from csv files that came from large Excel files. Possibly I can change something in Excel or in my Visual Code editor to make them comparable.

Created a node for Keanu Reeves with 1 byte space and 2 bytes space.

This query will only retrieve nodes that have a space of 1 byte. 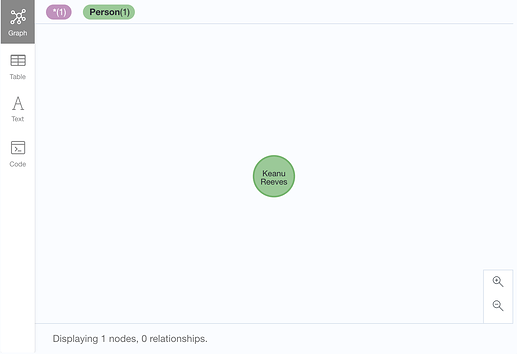 This query will retrieve both.
It's hard to see the contents of the replace function, but the first character is a UTF8 space, and the next is an ASCII space. 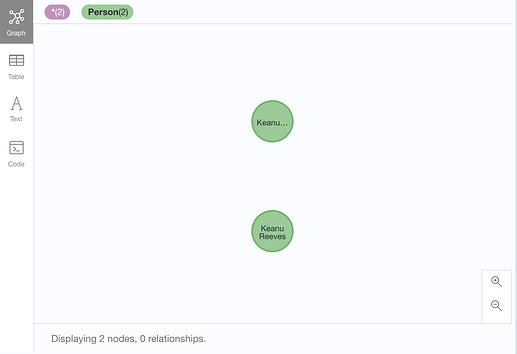 If I were you, I would create a separate name for the search.

Is this answer helpful?

Hi Koji, I finally was able to find the one instance of the name from my source file that had a different encoding for 2 of its 3 spaces. That name, when compared with an equal sign ( = ) is considered different when compared to all other instances of the name. I learned this through extensive trial and error, copyng and pasting from the original source file into Neo4j. Once I found it, then I was able to build the replace query in the Neo4j browser as you described. I was hoping that there could be a way for me to use Neo4j alone to locate the problem character and fix it...like by using a conversion function. But I didn't find that for UTF8. I tried the only reasonable conversion function I could find: convert to string:

But it did not homogenize the two spaces ; they did not become equal so the above query returned false.

Microsoft SQL Server has a lot of conversion options https://docs.microsoft.com/en-us/sql/t-sql/functions/cast-and-convert-transact-sql?view=sql-server-ver15 . I don't know if those would help here.

I think what has caused this is a source Microsoft Excel file where a value with a different encoding was pasted into that file, so that there were differnent encodings in the same document...if that's even possible? I exported the excel to a .csv file, and that anomaly was preserved. I would love to be corrected.

I didn't even know that existed. I had to test in in my editor and it worked perfectly, gluing two adjacent words together. Thanks @koji