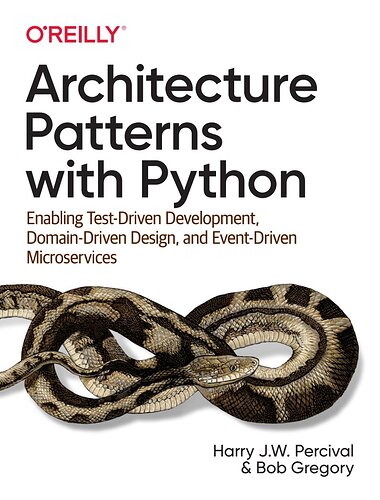 Among the architectural patterns presented, the repository pattern struck me as essential in order to write my Python app with testability in mind

The intent of the pattern is to add an abstraction between the core parts of our application and the database to increase flexibility and testability, through the dependency inversion principle.

Example from the book with SQLAlchemy 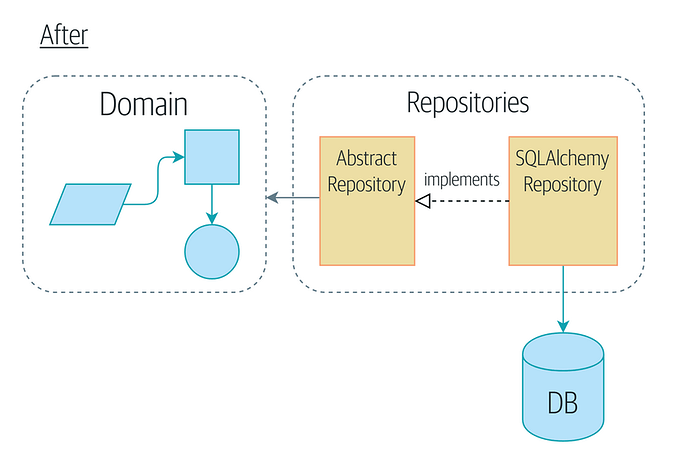 This is my attempt at building this pattern for my application with py2neo:

First I defined my model:
Even though it should be clear from infrastructure definitions, I still had to implement the idea of a graph database here, by specifying 2 classes GraphNode and GraphRelationship.

Then I created an abstract repository interface, with a single match method for now:

And implemented a concrete class based on py2neo

I'm stuck at this step above

, figuring out what's the best way to define a mapping between my domain model, and py2neo's OGM.

If we take a look how they implemented this pattern in book, based on SQLAlchemy, we can see the following definitions:

And this allows them to implement a concrete SQLAlchemyRepository really easily:

how to implement the same pattern with py2neo or neomodel as concrete repositories ?

how to translate from a domain model to the OGM while keeping the overall code simple and efficient by design ?

Thank you in advance !

I can't immediately answer your question but I watched this (rather dated?) Neo4j video earlier today

The TDD bits start at 25 minutes, and is Java focused. But might give you some ideas.

thank you for your answer ! I'm glad to see other people interested by testability.

The video details unit testing with the help of an in-memory database (a fake), which is also exactly what I am attempting to do with Neo4j Python here.

The question is how to design a good enough interface to honor the repository pattern and be permissive enough to reflect Neo4j's capabilities.