Crafting a shortest path to a specific type of relationship

Hi,
Data is in and now the fun stuff. Doing a query that is pretty hard in relational database. 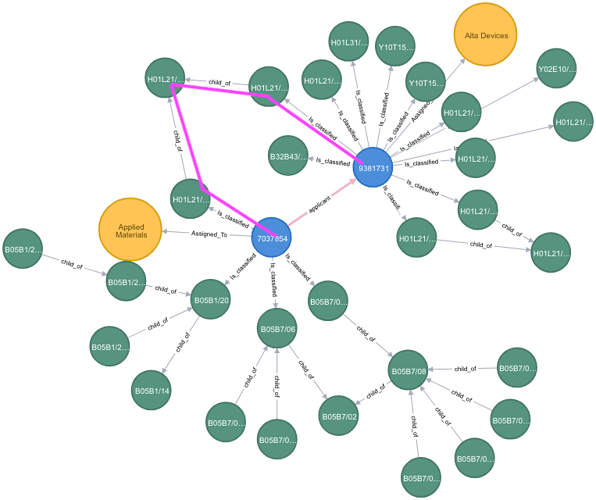 How would I go about crafting this query? There is a follow on in that are often many classifications for each patent so I will be interested in the whole range of paths. Note: any two codes may not have a path.

A bit an aggressive problem for a newbie, but that's how I roll (fall, stumble,....)
Andy 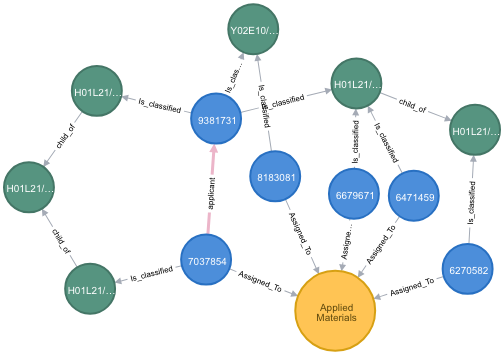 The result still shows the Reads_On relationship (the pink line that says 'applicant').
How would I feed this into a shortest path algorithm.
EDIT: (I figured out how to exclude the Assigned_To relationship also).

If you want to ensure you don't return paths of a single relationship connecting the two nodes, you can increase the lower bound of your var-length pattern to 2 instead of 1, that ensures that there should always be a node between the two.

As far as finding the shortest path, if you don't need to consider weights, you can just use the shortestPath() in your MATCH, providing the restrictions in your WHERE clause.